Ramzan brings different joys for different people. For some its an opportunity to get closer to their Maker. For others it's downtime to catch up on whatever they’ve been lagging at; TV, books, chores. Yet others view it as decrease of productivity. For me Ramzan puts everything in a slow-mo. The office hours are shorter, energies lower, days proper and taste buds stronger. This combination of free time coupled with low energy gives birth to many many many useless thoughts. And I thoroughly enjoy them. I thought I will document the randomness of those thoughts today because:
·      May be I am able to complete the thought if it gets documented. And then I can actually decide which box of my brain to put it into; forget about it or think more before I forget about it.
·      Haven't published a blog post in a while and want to keep my thirty-five people fan base intact, also don't want Google to declare my blog dormant.

Useless thought # 1:
First of all; its none of your business whether I fast or not. Second of all, it is absolutely none of your business ‘WHY’. Matlab, seriously why do I have to give this worldly accountability, and that too to you (no offense), when there is a grand one planned? Also Nusrat Fateh Ali Khan says ‘agay chal ker hisab huna hai tu be-hisab party kerien’.

Third of all, why is it that eating in public during fast is frowned upon or eating in front of someone who is fasting? Especially in a country where over half the population lives below the poverty line; people could be hungry and its not fair to make them have to hide eating in public, when they may not have a roof to hide under. They could be sick or old; those are not mandated to fast. They may not be Muslims; there is a minority residing in Pakistan that practices other faiths. Even if they don't feel like fasting, it should not matter. Point is that there are a million legit reasons for people not to fast. And the other point is that one of the basic ideas of fasting is to feel the hunger and thirst of hungry and thirsty when others enjoy food and water in front of them. But when the elite decides to fast, you shun eating in front of them? How is the fast serving its purpose? Its such a mind boggler!

Finally, ideally, IDEALLY, people shouldn’t be fasting to show off their Muslim-ness to others. To each their own. Secret, no one cares regardless of whatever it may seem. Sure, its meaty to talk about but meh, everyone has real s*** to deal with.

Useless thought # 2:
‘Perception is reality’ is the new ‘Knowledge is power’. It should be the logo of 21st century schools. Kids should be taught how it works; we can intentionally manipulate the perception around us as well as others do it for us also. Much fun! And is it so important; serves different purposes for different hearts.

May be because it helps achieve goals while juggling with reality or because it delusionalizes reality to be perceived as fantasy? But basically because our low self esteem pushes us to create a perception that feeds into our self worthiness. After all we live in a world where wealth is god and we worship its keepers. For example, your favorite genre ‘Naseebo laal’ is not going to get you close with the in-crowd. But if you think ‘Maroon 5’ is rad, your chances are much better. So something as small as your choice of eatery will have to go through the quest where you’ll have to declare a winner; reality or perception. This allows for the perpetual battle between self esteem and self actualization, desires and necessities, happiness and success to continue. Such is cycle of life until you reach retirement age. My thoughts say things radically change close to that age.

Interestingly, research suggests that a person is more likely to help someone get up after a (literal) fall (from walk or something) if they are alone rather than in a group. We want to be complaint and liked by groups, don't want to be stray. This is a sub thought of the above one but because of my lack of clear effort to make it cohesive, also its three in the morning, I will just let this para be. A strong, independent para.

Useless thought # 3:
In this day and age of technology where everyone has so much screen time and their thoughts are consistently being developed and moods modified and ideas planted and opinions formed. I think intellectual property lawyers are going to have the toughest time. Who thought it first? What if their decisions and thoughts are also shaped through their screen time? That’d be an interesting spiral. But wait, what if, AI replaces intellectual property lawyers? They’d already know the decision before the case would come in. LOL! 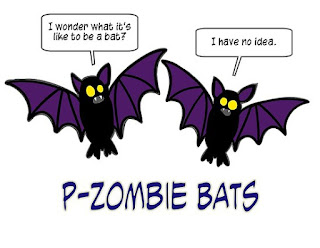 I was stressed. There are multiple signs you start sensing when you are stressed; these signs usually amplify around stressors.
Now I know you must be thinking I made up this word for you-know-whoEVER but that is not true, this is an actual word and you can google it. Stressors could be in any shape or form.
Anyway I started seeing signs like irritability etc etc… (and well it's the internet and that’s all you get to know)
But it really hit me when I noticed I was becoming defensive. For those of you who know me, I am not a defensive person at all; I am mostly very okay with making mistakes and being wrong. Because, well, to err is human. But in this state of stress and anxiety I had become defensive and felt the need to justify my actions. This enlightenment dawned upon me in the holy place of ‘second cup’.
I was hanging out with a friend and I volunteered to place the order. My friend wanted a tall Americano. And when the order came it was a grande?! HOLY MOTHER OF COFFEE BEANS!
The dude could not get the order properly. And I JUSTIFIED to my friend how it was NOT MY FAULT that order went wrong? And told the server how he needs to be more attentive. Best part - no one cared, neither the server nor my friend. The cost was negligible and culprit could be any. I had overreacted.
After this life changing experience. I started thinking even more or to rightly put it, I started ‘over-thinking’. I started critically analyzing my actions and life, and actions and life of my pet dog, Snoopy. So an apple to apple comparison could be drawn. And all the research got me this, “I have a lot of time on my hands to think. This is a luxury not afforded by many. Usually, people are super busy in their lives; working to pay the bills, make the ends meet. Finding happiness by giving away all things that bring happiness to get it, that's a mind f***! they don’t realize until they are on the death bed and then they say something, share/like-worthy, like ‘live your life the way if you knew you only had a year to live’”. Unexpectedly and unfortunately, the technique of ‘over-thinking’ did not help!
But there was one silver lining. I discovered that I have little problems and I have a lot of time. The entrepreneur in me as always thought of an idea that would help people and not make any money. There was a gap, people don’t have time and I have the time. I devised that I would put my self up for selflessly use my time to try out stress relieving experiences; after all, ‘service to humanity is the most satisfying feeling’. My dad said told me this quote, those party poopers seeking a source.
To forward my social cause, I booked a trip to Maldives. I went to a friend and tried to convince her to go with me. She said something about a ‘free meal’ and why should she spend all that money to go to Maldives with me. She told me its ‘chahrtay suraj ki duniya (the world belongs to the rising sun)’ and I thought she meant we should go to Japan. But really, she was saying that she doesn't care what I drive or wear and she likes me for me and would be happy to spend time with me. I was so happy to hear that I promised to get her brother a job through my aunt in the government.
Let’s call my friend ‘Fair weather’. So, me and fair weather set to Maldives. We landed and I felt half of my stress was gone. I could smell the ocean. It was almost sunset and colors of purples and pinks were spread creating a transition between the blue of the sky and bright orange of the setting sun. There were no clouds. I thought to my self, ‘the environment around makes all the difference; I should run away form my problems and settle here to live a simpler life’. With that thought, that day, I slept thinking of my house-help’s home made cookies and milk that I did not get that night.
The next day Fair weather suggested we go to the beach. We spent the whole day there. There was a masseuse and I decided what better than to get a relaxing foot massage for stress reliving. That B****, the masseuse!! That was not a relaxing massage, not for the first 10 minutes of thirty at least. She said ‘I know the pain you feel’. You are stressed! I had travelled 1000 of miles to hear that from a woman who barely spoke the same language as me.
Clearly it didn’t work, trip to Maldives is not stress reliving. Thinking to try yoga! Ofcourse, the sweet heart that I am, I will share my findings with you folks!
Posted by Miriam No comments: